This month: A ghostly new collaboration from Olivier Assayas and Kristen Stewart, the promising begininngs of a juicy new Netflix series, and a heart-wrenching farewell to cinema’s greatest X-Man.

After a brief hiatus, our Pop Culture Picks returns with a bang… and not a moment too soon! Gone are the days where a year’s early months serve as a dead period of the movie-going calendar. Among some Oscars darlings getting wide/extended releases, January featured MTC favorites Split and Moana. February alone cranked out John Wick: Chapter 2, The Lego Batman Movie, and Get Out. Unsurprisingly, March proved to be no different on both film and television fronts. Here are three that really caught our attention.

For our last edition of Pop Culture Picks, I found myself recommending The CW’s divisive Riverdale, praising its pulpy, self-parodying nature in the face of all its unsubtle, clichéd awfulness. Flash forward two months and I’ve ditched the show, vowing to make melodramatic teen mystery/dramas a thing of my past. Which brings me to my pick for March: 13 Reasons Why – Netflix’s latest mystery/drama that’s brimming with melodrama and aimed at adolescents. I’m nothing if not consistent.

The comparisons between Riverdale and 13 Reasons Why are actually rather striking. Where the former focuses solely on the visual, casting beautiful people and lighting them in increasingly gorgeous ways, the latter lets its enigmatic narrative do the talking. 13 Reasons Why is compelling in a way that The CW’s guilty pleasure never was, layering its characters with depth and personality to remove them from the stereotypes they initially present. The jocks and the cheerleaders still exist on this show, but at least they feel more like real people. Not to mention, insecure underdog Clay Jensen is a far more likeable lead than student athlete/tortured musician Archie and all of his first world problems.

13 Reasons Why also benefits from having such well-defined themes: bullying, peer pressure, victimisation – real life high school horrors. We dismiss it as ‘melodrama’ but this experience can be hellish for some kids – and so far Brian Yorkey and his writing staff have done a fine job conveying that. Each episode peels away at the mystery surrounding the show’s recently deceased heroine, revealing nasty rumours and ugly truths that overwhelm the viewer in much the same way they did Hannah Baker.

The central mystery itself is genuinely gripping, sprung from a quirky hidden clue premise that manages to feel both fresh and clichéd. I’m only a few episodes in, but there’s something very addictive about it already. And the show knows that. It toys with its audience, sending mixed messages through characters with conflicting motives and, potentially, an unreliable narrator. Like any solid mystery, it leaves you in a state of confusion and practically taunts you into watching more. That self-assured smugness can be very enticing. For now. Here’s hoping it won’t be this show’s undoing. 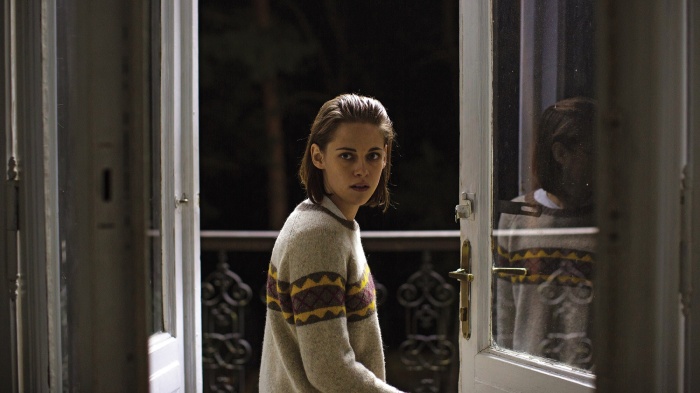 What do you get when you splice together the central conflict of Inside Llewyn Davis with the most superficial elements of The Sixth Sense, plus a dash of paranoia found in any number of sleazy stalker-thrillers? Whatever that is, it’s certainly not Personal Shopper. Rather than simply borrowing elements from other recognizable genres and morphing them into something vaguely new, writer/director Olivier Assayas incorporates his own personal vision entirely with this ghostly psychological thriller and gives us something that’s alternately unique, familiar, and above all else, paralyzingly real.

By day, listless Maureen Cartwright lives as a transplanted American in France, reluctantly carrying on as a personal assistant/shopper for an insufferable fashion diva. By night, she’s a mysteriously driven medium, seeking out and occasionally getting more than she bargained for in her attempts to communicate with the spirits of those long dead; specifically that of Lewis, her dearly departed twin brother who shared and even exceeded her gifts as a medium – the phrase ‘haunted by her past‘ has never been more relevant or more literal than it is here. It’s these two seemingly disparate elements that make up and enrich Kristen Stewart’s blank slate character (and no, that’s not an indictment on the script or the irrationally-hated celebrity’s acting abilities. In fact, if you still doubt this woman’s sheer prowess, Personal Shopper will end up converting you and graciously accepting your most heartfelt apologies by the very last shot).

In fact, the initial lack of any tangible backstory to Maureen feels emblematic of the film as a whole. Unlike most conventional horror films – and one can certainly see the horror fingerprints all over, even if that’s not quite the main goal in mind – Assayas’ obliqueness isn’t in service of letting loose with jump scares, or a final act steeped in violence and gore and shock. The aimless, wandering plot paradoxically feels very assured and intentional, establishing an atmosphere that doubles down on the suspense and ratchets up the intensity when things truly start to get supernatural.

But eerie tracking shots in claustrophobic haunted houses aren’t the sole source of Maureen’s fears. Having previously been one half of a whole that seemed to define her very existence, the loss of her brother materializes itself as a profound identity crisis. This is only exacerbated when a frightening paranormal experience leads to a series of mysterious texts from an unknown number – one that seems to supernaturally know her every step, her most intimate insecurities, and that begins to grow more disturbing and obsessive with each message frantically sent and received.

As part ghost story, part ‘whodunnit‘, and part examination on the nature of death and grief in the iPhone generation, does Personal Shopper juggle these widely-varying facets as satisfyingly as possible? Mileage may vary, of course, but it’s hard to dismiss Olivier Assayas’ attempt once the final act begins tying together these seemingly jarring, disconnected plotlines into a cohesive whole – one that proves to be daunting, open-ended, thoughtful, and unexpectedly poignant all at once.

2029. Mutants are dead. The X-Men are gone. Wolverine is almost nothing more than a man. In his previous film, The Wolverine, co-writer/director James Mangold presented a defeated warrior unable to live up to his own legacy, wandering in a daze until somebody else forces a purpose upon him. There, it was a favour for an old friend in Japan. In Logan, Mangold takes the bare bones of these ideas and repositions them in a dusty, unforgiving landscape, adding a failing healing factor, an ailing Professor X to aid, and an eleven-year-old girl to whisk to safety. This is Logan pushed to all of his limits. This is the end.

Logan exists as an interesting paradox. Its narrative is largely removed from the X-Men cinematic canon, freeing itself from the rules of the other films to create – and follow – its own. There are casual remarks to events of past films, yes, but the Logan and Charles Xavier of this film bare little resemblance to ones we know. The film suggests a gradual decline of their physical and mental health, but contrast their portrayal here to their previous chronological appearance (which, I think, is the epilogue of X-Men: Days of Future Past? Whatever, it doesn’t matter). It’s a jarring shift. They are broken shells of the mutants they once were. Time has deteriorated them.

But I say this exists as a paradox because, while it may seem uninterested in rigidly adhering to what’s come before, Logan hits hardest when weighed against everything that’s come before. The viewers who care more about the character and the franchise will, presumably, be more affected by this. The character’s pre-existing inner turmoil has been amplified into a torture, swallowing him whole, spitting him back out in bits and pieces. Any remnants of heroism (which, for Logan, were always mixed at best) appear unsalvageable when we enter the film, but one of the few hopeful ideas the film can offer is that the heroism is still alive. An unpleasantly violent form of heroism, albeit, but heroism nonetheless.

This is a harsh film. It does not treat its action sequences – nor the powers of the characters within them – as joyful spectacle. It treats them as ugly, but necessary, acts of survival. The film lets us know this with its opening scene, and all I could hope is that that the violence never returned. But it has to. Logan cannot outrun it. This is strange to grapple with – praying that action doesn’t occur sounds like a criticism against a film, but it becomes a positive; a sign of Mangold and co.’s commitment to this adaption, to a Logan that, like us, wishes he never had to retract his adamantium claws again.

The violence in Logan is also an extension of its creative freedom, the film’s standalone nature designed to allow breathing room. This was long advertised as not only the definitive Wolverine outing, but the official farewell to Hugh Jackman’s portrayal. It largely succeeds. Jackman is astonishing, maybe the most immersed in a role as he’s ever been. I didn’t see him as himself for a second. I only ever saw the Wolverine. The pain, the dry charm, the iconography; it all overwhelmed me, especially as the film winds down in its unforgettable final moments. If endless, episodic superhero storytelling in film is to become the norm, then a goodbye as raw as this is one to be treasured.

And that concludes our March installment. As always, we’re eager to hear what you enjoyed watching and reading throughout the month, so feel free to tell us below or on Twitter, @MoviesTVComics.